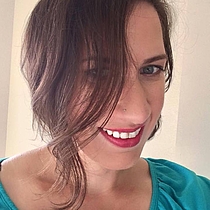 Informazioni su di meAn abiding love of literature has been the one constant in my life through the decades. An anglophile, I am most interested in novels and poetry from (and history of) the long 19th century: Romantic, Victorian, and Edwardian eras. Jane Austen, as my first literary love, has a special place in my heart. Pride and Prejudice was my favorite for many years (Elizabeth Bennet was my first literary crush), but now Persuasion rivals it in my affections. The Brontë sisters I have adored for many years as well. Percy Bysshe Shelley was my first poetic fancy. Lines or entire poems from Shelley and Dickinson, among others, were jotted from memory into my high school notebooks, transporting me from boredom to engagement.

I owned very few books (not even a single shelf's worth) growing up, so I relied on libraries. The holdings were heavy on popular romance and horror novels, which formed the bulk of my reading then (I say this with no condescension, believing the habit of reading far more important to becoming a lifelong reader than anything). My father, quite the autodidact, could teach himself anything from carpentry to architecture to gardening to history; perhaps owing to his example, I am wont to delve deeply--hands and heart--into whatever captures my attention.

Now in my 40s, as much a bibliophile as ever, I'm a single mom to a shy but spirited teenage girl who has a flair for the arts and writing. Grad school (MLIS) occupies much of my time and energy these days, and the adventure is just beginning.

La mia bibliotecaMy home library contains a few thousand books (and DVDs), but I'm also a public library user. The "borrowed: public library" collection denotes books checked out since early 2006 (I have no record of anything before then).

I moved to a smaller place in 2015, which necessitated culling about half my collection. Once things settle down, I'll re-catalog what remains.