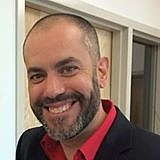 “Christopher is one of the most genuine people you’ll ever meet; the moment you meet him, you know he cares about you, your work, and your account.”
- Leslie Farnsworth, CEO, FrogDog Communications

Christopher Hurtado is President and CEO of Linguistic Solutions, a Texas-based language service provider with operations in Texas, Louisiana, Utah, Venezuela, and Egypt and an Adjunct Instructor of Political Science in Utah Valley University‘s Peace and Justice Studies Program. He is also LDS Liberty‘s Foreign Policy Editor and a contributor to Libertas Institute of Utah‘s Center for Individual Liberty.

Christopher earned a B.A. in Middle East Studies/Arabic from Brigham Young University‘s David M. Kennedy Center for International Studies with a second major in Philosophy and an M.A. in Nonproliferation and Terrorism Studies from the Monterey Institute of International Studies‘ Graduate School of International Policy & Management. He also studied Arabic at the University of Jordan in Amman, Jordan while studying for his B.A. and (briefly) at Damascus University in Damascus, Syria (before dropping out to study Modern Standard Arabic, Syrian Colloquial Arabic, and Arabic Calligraphy in Damascus under private tutors) before studying for his M.A.

Christopher is an expert English-Spanish/Spanish-English legal translator and interpreter and has more than 25 years of experience teaching ESL and Spanish. He is also Coauthor (with Eric Dondero) of Vacation Spanish: A Survival Guide for Mexico, the Caribbean, Central & South America. Christopher is married to children’s book author and homeschool mom, Alysia Gonzalez. Together they have nine children. Christopher and Alysia live in Mapleton, Utah with the five youngest.

“I’m a self-taught entrepreneur with a passion for technology, languages, learning, and teaching. i have more than 16 years of experience in translation, foreign language instruction, and cross-cultural training. I’ve taught English as a second language (ESL) and Spanish for English speakers. I recently co-authored Vacation Spanish: A Survival Guide for Mexico, the Caribbean, Central & South America (including a Brazilian Portuguese chapter).

“I was born in Baltimore, Maryland. I grew up in Venezuela, my father’s native country. I’m a childhood bilingual (English and Spanish) and also speak Brazilian Portuguese. I’m married to children’s book author Alysia Gonzalez. We have six children and are active in our church and community.

From Hug Your Kids Today! 5 Key Lessons for Every Working Parent by Michelle Nichols, p. 112:

“Owner of a translation company and father of eight children

“Even though I have eight children, run a business and am a full-time student, no matter how busy I am I make it a point to have dinner with my family every night. As a student, this has meant changing our dinnertime almost every semester. As an entrepreneur, this has meant walking away from business opportunities at a significant loss of income.

“After dinner every night, I lead my wife and children in singing hymns, memorizing scriptures, and praying together. Then I read the little ones and “upside down” story (as our family calls it), which means I hold a storybook of their choosing in front of me and read it to them upside down. Next, I usually tuck in either my son or the girls, after praying with them individually.

“In the morning, my wife and I get up at 6:00 a.m. to read scriptures and pray with our older children before I take them to school. Upon returning from dropping them off, I usually have breakfast with my wife and younger children before I leave for work or school. However, before I walk out the door, I make it a point to hug my wife and children every day. This combination of faith and love gives my children the foundation to be happy and successful, both today and the rest of their lives” (Nichols 112).