I planted seedlings today and got them under grow lights: 3 types of tomatoes, zucchini, cukes, basil, rosemary, thyme, and red peppers. I will sow pumpkin seeds and plant gold potatoes and sweet potatoes in May outside.

Great variety. I do not have a place to do the seeds, so I get the plants. I still have ice on my lake and snow where my parking area was plowed. I have chives in a planter box on my deck and they always survive the Minnesota winters. I keep looking to see if I have any growth yet.

I don’t usually start with seeds; I don’t care for them well enough to be very successful. But a neighbor allowed me to gather pink windflower (anemone) and a lovely blue salvia seeds from her yard. They both benefit from early sowing, so I’m trying it indoors.
I’ve got blue love-in-a-mist seeds as well, but those will go directly into the garden beds next month.
I’ve been transplanting shrubs and ephemerals from my old home and from daughter's yard before her sale went through. Hellebores and strawberries mostly. Several strawberries are already blooming and setting fruit. My peach tree, planted last year, is also blooming, but I’m afraid it may be too early and the cold will stop fruit production. Grandbaby and I fawned over the two peaches that survived the transplant, and eating them was a celebration.

In just 8 days everything has sprouted except the bell peppers. In about 2-3 weeks I will put them in a 1/2 of a red solo cup and wait until mid-may to be them outside.

During those 3 wildly exciting 70 degree days last week my lilacs decided to bud and one even bloomed. They will be no lilacs this summer as it will get down to 14 tonight and kill them off!

I've got a blackberry and a blue berry bush. My husband says there is a cherry tree at the every back of the property in the fence row covered in poison ivy, but I don't see it. I want to buy 2 apple trees, but he's saying no! Every fall I buy 2 bushels of apples to can for applesauce and baked apples.....I think he just doesn't want to weed whack around!

I had snow this morning and then some rain. Lake is still frozen. I hope the lilacs are OK; they are so pretty.

I think I’ve been successful transplanting a particularly fragrant lilac. It was getting up to about 6 feet, so I clipped it down severely and toss the clippings into the pond with just their feet in the water. Two weeks on, they are sprouting roots. Since the root ball split, I planted one in front and the other in back. They seem to like their new locations, and are forming flower buds despite my chopping.

I did the same with a favorite rose. I’m less sure how it will fair.

I love lilacs as they are a sign of spring. I got snow again last night.

It’s in the 30s here today, but I’m plant shopping at the farmers market and the college greenhouse. The local Potting Shed is setting up, but won’t open till Monday. They opened earlier last year and were scrambling to get everything tender under cover when the freeze came around again.
I have been madly transplanting from my other property. I brought 5 blueberry bushes in and created a bed on the highest slope in my yard. I’d been wondering what to plant there to avoid having to mow it.

Is it ever going to warm up? We had snow yesterday, (April 19), although it melted today! I've ordered my Georgia peaches to make canned peaches and cinnamon peaches--will arrive last of July.

Last night was the last forecast in the 30s. Nights should be in the 50s for the next couple of weeks. I’m planting the tenders tomorrow. I will cover them if we get another cold snap, possible through mid-May.

Harumph! Revised forecast. And I’ve been watching closely. Two nights next week will dip below 40 again.

I had to read those last two posts twice to realise you're talking in Fahrenheit! At first glance I thought it sounded very familiar from my years in Sudan - temperatures in the thirties considered relatively moderate, forties very unpleasant, out in the desert it could be in the fifties, and the thermometer inside my car often registered sixty - Celsius!

Just 14 days and should be able to get plants outside!

>14 Tess_W:
We had frost last night but I'm taking my cold-hardy bonsai out of winter storage this week. I just repotted them last month; we'll see how well they survive. I trimmed the root ball of my favorite a bit too much. Fingers crossed.

I don't do seeds usually as my yard is tiny (I live in the middle of a city where houses sit 1 car width apart.) but I have managed to plant many natives that seem to be doing well here in New England. The blue Brunneria next to yellow Celandine is such a pleasure to look at.

I am readying for war with a bunny rabbit (yep... "shoot the wabbit" - plastic pellets from a blow gun). My small wood bordered garden's sprouts are being snipped off by something that wakes up earlier than I do evidently.

I have to be careful though, the last time I sat in a shaded chair to wait for the culprits I fell asleep. I awoke with the wind whirling around my head in staccato beats and opening my eyes I saw the small bird that produced this commotion, while trying to collect my graying hairs for their nest I guess, land on my leg in front of me and cocking his head to the side to give me the evil eye he calmly wiped his beak off on my blue jeaned leg.

>17 DugsBooks: ha ha! The last time I planted carrots, I was in the garden weeding and right next to my feet, carrots were being pulled underground--just like in the cartoon. Between my hubby and the dog, we caught a mole!

We used to keep chickens in Sudan back in the 1980s, and they kept disappearing. One day we actually saw one disappearing down one of the cracks in the dry black cotton soil, so we rushed over and got hold of it and tried to pull it back. Eventually we discovered a mongoose on the other end of it pulling it down into the hole. We lost the chicken and the mongoose.

World Bee Day is celebrated on May 20. On this day Anton Janša, the pioneer of beekeeping, was born in 1734.

I did notice yesterday that my bee hotel is about half full. What I don’t know is if the holes get re-used in the next years, or if I should construct a new hotel next year.
I think I’ll go have some tea with honey. Thank the bees!

Tomatoes are flowering! I'm most excited by my Cherokee Purple Tomato. I've never had one before! The pic is not mine: My rhubarb is growing.

Oh how I miss rhubarb! My dad used to grow it in the back garden. You rarely see it here in Kenya.

>27 John5918: I see you are in Kenya. My husband and I did a safari years ago there and it was a wonderful trip. I watch a lady on You Tube that crochets; she is from the USA but lives in Kenya. You have some great pictures. I will have to check on your books.

Wascally wabbits have eaten all the buds on my Asiatic lilies as well as all the leaves from the green pepper plants--I had great plans for those peppers! But on another front, I have some beautiful flowers still remaining: blanket flowers, so hot here they are already spent and going to seed--they should last well into September, but not this year! 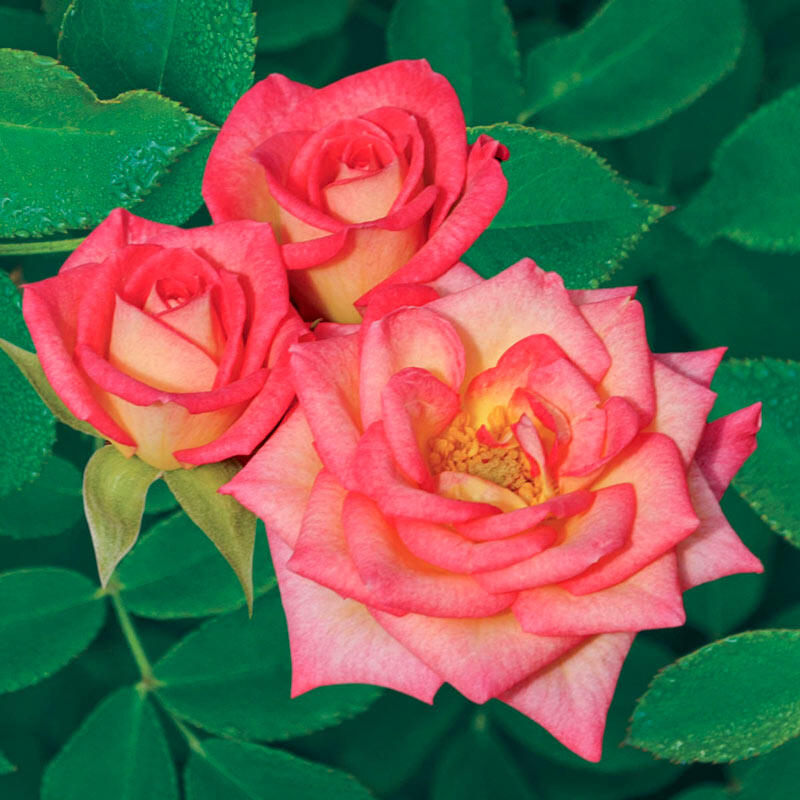 stop and smell the roses! Day lily--I have 5 different colors, but this is one of my favs

*needs to remember to take all pictures with one device instead of phone and tablet so they are more uniform!

My black raspberries are wonderful this year! We apparently got rain when they needed it. My granddaughters have come in to the house with purple mouths!

Our problem is not rabbits but Egyptian cobras. Our dogs have killed six in the last twelve months, including one that was more than six foot long. In return, the cobras have bitten two dogs, one of which died and one survived. We're currently trying to get some plants which will discourage snakes, but the choice is limited as it is a very arid area so we can't plant anything that needs a lot of water. Best option at the moment seems to be a plant known locally as snake plant but elsewhere as mother-in-law's tongue or St George's sword, Dracaena trifasciata. It's commonly available, so we'll plant some soon. 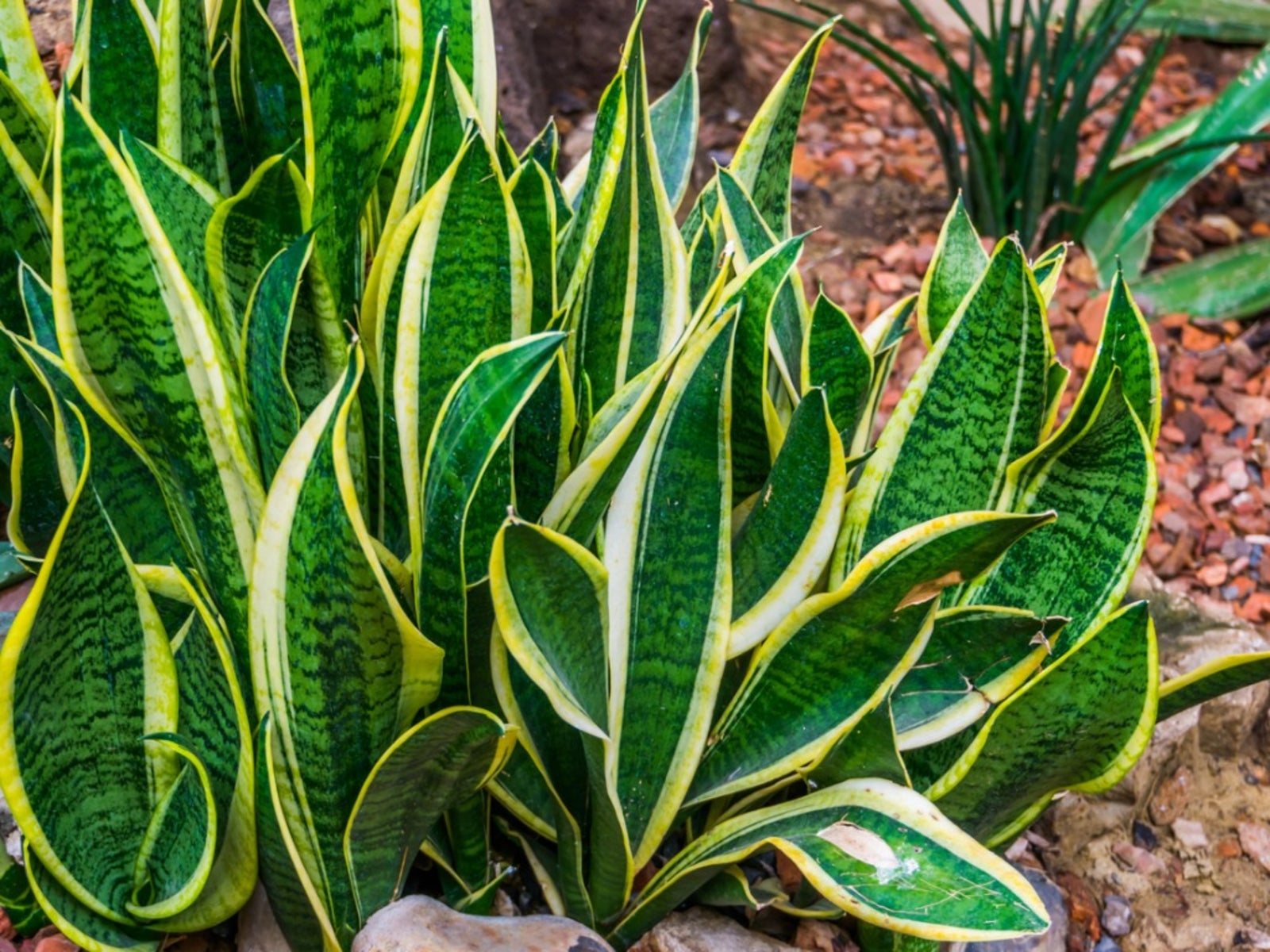 >30 Hope_H: I love black raspberries! However, they seem to be difficult to find in my neck of the woods. I've looked into buying a few bushes but they say not to plant near regular raspberries or blackberries due to disease and so I don't really have a space for them.

>31 John5918: How awful! I have several snake plants being used as house plants. I wonder if they got their name due to their ability to repel snakes?

Ok, I go on the offensive tonight! Critters have eaten all the leaves from my tomato, pepper, Asian lily, day lily, and cucumber vines. ALL of them! All ruined! I don't know what kind of varmint: racoon, chipmunk, rabbit, squirrel, etc. No outdoor camera, but I might invest in one. I have tried the usual: hot pepper, shaved Irish spring bars, mint oil, etc. They don't care! Traps come out tonight as a last resort. Also looking into the ultrasound transmitter things.

Rabbits have eaten my hostas.

Grasshopppers have eaten a lot of our garden - the tops off the onions in particular. They are thick this year.

>34 2wonderY: no, narrowed it down to rabbits and/or racoons. Set a trap and caught a baby opossum, but we let it loose.

>33 Tess_W: I got some of the “ultrasound transmitter things.” and they seem to work keeping away voles, which seem to be the main culprit in my garden predation.

>38 DugsBooks: I just ordered one from Amazon!