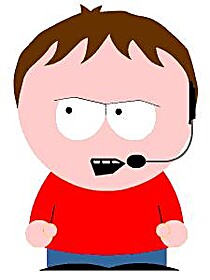 Informazioni su di meI was born in southern California and lived there until the summer when Star Wars came out (1977). I moved with my parents to Connecticut and went to middle and high school there. I moved to Utah to attend Brigham Young University. When I ran out of money for school, I joined the National Guard, where I became a Russian linguist interrogator. I eventually graduated from the University of Utah with dual bachelor degrees in Math and English.

Professionally I work as a technical writer for software companies. When 9/11 hit, the bottom fell out of the computer industry, I got laid off from six jobs in two years, and I left technical writing temporarily for the customer service industry. (During this time, I also didn't write many reviews.) I used to work for one of the major phone providers selling residential phone service, but I have returned to the software industry and much happier work days.

I have always made lists. Starting at about eight-years-old, I kept lists of all the books I had read and the movies I had seen. Some time in the late 1980s, I started writing reviews of the books I read and in 1992 created a web site to archive my reviews. Around 1998, I started adding movie reviews to the site.

La mia bibliotecaI probably own about half of the books I have listed. The other half I have checked out and read at the local library. Since my property taxes pay to keep up the library system, I consider that I own those books too.