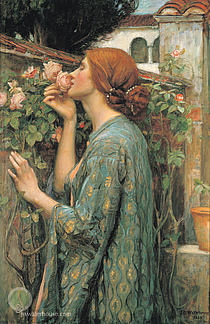 My main reading areas at the moment are fantasy and science fiction with a smattering of 20th century women's literature (Virago Modern Classics and Persephone books), golden age detective novels and 18th and 19th century fiction.

My 'To read' collection, as you can see, is a little out of control (and we are definitely running out of bookcases despite double-stacking).

La mia bibliotecaAll the books in the 'My Library' collection belong to me and my husband. Books tagged 'Dan' are books I identify as his although that doesn't necessarily mean that I don't read them.

Read but unowned books have either been swapped, given away or returned to the library.

Books in the 'Omnibus' collection are the individual works we own in omnibus form. These haven't been included in our library.

Books tagged as wrong cover have a different cover to those already uploaded to the site. I'm also slowly tagging books as Amazon cover where the only cover that matches mine is the Amazon one. At some point I need to spend some time with our scanner...

Tags are still a work in progress. I thought it would be interesting to see the nationalities of the authors I'm reading so I've started tagging those.