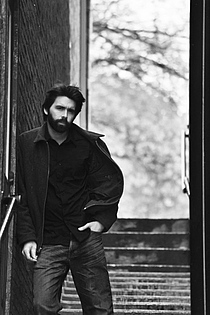 Informazioni su di meHey there: I'm Joe Hill, author of Heart-Shaped Box, 20th Century Ghosts, and a comic book, Locke & Key. I'm socially networked to the gills, what with the website (see below), the message board, and the MySpace page... that said, LibraryThing is a particularly favorite stop of mine on the intraweeb, as it scratches my natural itch to obsess over my reading.

La mia bibliotecaI've been keeping a private diary of books read for over two decades now. I also end each year by making a list of my ten or so favorite books. All those lists are here for anyone with an interest in seeing them. The earliest is my top ten from 1990, which records my favorite books from the year I turned 18.

In 2007, I kept track of just about everything I read here on LibraryThing. That's right, you can review the whole sorry story for yourself; just check the tag marked BOOKS READ - 2007.

Here in 2008, I seem to be doing a lot of research. And because I like to stay private about works in progress, I won't be publicly listing everything I read this year. But I'll still be around, checking in on comments, and at the end of the year I'll stick up a top ten from 2008.

Recently, over on my website, I started a little book club: Words + Pictures. Readers convene on an irregular schedule, two or three times a year, to read and discuss a novel and a graphic novel paired together. For example, this October we're reading AMERICAN WIFE by Curtis Sittenfeld and AMERICAN WIDOW by Alissa Torres and Sungyoon Choi. No telling what the next novel + comic pair will be, but it's likely we'll cover a broad variety of genres (I was thinking maybe Alan Moore's TOP TEN and Jon Lethem's FORTRESS OF SOLITUDE for a "capes" theme). If I can figure out how to do it, I'll create a group here on LibraryThing, and we can do the book club thing here as well as on my message board.