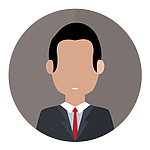 One Paragraph
I like to read books, so never leave home without one (or a Kindle, just in case). I collect books published by The Folio Society. I like the warmth of the sun on an early crisp cool morning, and thus fair badly in colder climates. My life aim is to live on an undisclosed tropical island, while sipping a Virgin Cuba Libra, and listening to the Miami Vice (1980s TV series) theme soundtrack.

One Page
I'm 38 and from the first moment I can remember, I have been in pursuit of knowledge and the finer things in life. I am the kind of person that would have cherished to have had a classical education and a foundation in Latin and Greek.
Although, I'm polylingual, English is the language that fills my heart with tremendous emotion.

When I have more time (I keep saying that to myself), I will pick up Latin and Greek at night school; French (for the French girls in stilettos), Ikebana (for peace of mind), Fencing (for the occasional duel), and sailing (so that one day I will be remembered by the youth as: "that crazy old man at the dock was right").

I was born in Denmark, but to my chagrin wherever I go, it seems to follow me (it's always mentioned in news, films, radio, when standing in queue, etc. There's 193 sovereign states in the world! Go figure).

Other than that, I am using most of my time inspiring my fourteen year-old niece, Isabella, whom I've raised since she was an infant into an educated and civilised environment with tuition in various subjects such as languages, history, geography, and art (her second word after mommy was Gauguin; she saw a reproduction of the Mona Lisa at a shop window when she was two, and after daycare would go and watch it every day; learned to spell her name at three, and started learning the Latin names for bones in the body at four. At five, she learned about Greek Mythology, Astronomy and the Greek Alphabet. At six, I've taught her about Heliocentrism, Solar System, Nicolai Copernici, Galileo Galilei and have started on anatomy, mathematics and spelling. At seven, we're playing chess, though recently, to my dismay she has found out what a computer can also be used for: Minecraft! On the positive side, she's used the summer to teach herself English on Youtube. At nine, she started reading books by herself, learned Ulysses by Tennyson off by heart, and assembled a large Revell plastic model of the HMS Victory. At eleven, she entirely sits on her new-found luxury: the iPhone. Oh dieu! At thirteen, she’s learning Japanese, enjoys Manga, and the RAF Air Cadets. She loves drawing and painting and has picked up the collecting bug on Penguin Classics. At fourteen, she's studying the Old Western Culture program by Wes Callihan from Roman Roads Media starting with the Iliad and Odyssey by Homer.

I also try to expose her to ballet, opera, classical music, literature, the occasional museum visit, and of course Shakespeare - she likes the story behind the Danish Prince Hamlet. She also enjoys the new television series Cosmos: A Spacetime Odyssey with Neil deGrasse Tyson. Her favourite artist is Van Gogh, and work Starry Night.

I hope that one day, all of this, will show the fruits of my labour, and that she grows up independent, self-confident, and a self-reliant woman, possessing a strong foundation, morals, and an unconquerable soul, to live by the same code of honour, integrity, and honesty, that I've tried. The world today seems to have forgotten this.

My niece’s LT username is princess1402

La mia biblioteca“Employ your time in improving yourself by other men’s writings, so that you shall gain easily what others have labored hard for.” -Socrates

I live and breath for the English language. My main interests lie on classical literature, history, non-fiction, polar exploration (Antarctica), T.E. Lawrence, and Churchill, but my true aim is achieving a classical education.

I'm a reader first, collector second, though I like to say that to myself. I like hardbacks instead of paperbacks, non-fiction instead of fiction, physical books rather than eBooks, but I do read on a Kindle contemporary books that are popular and which I rather not own.

I try to focus my main collection on:
- The Limited Editions Club (LEC);
- The Folio Society;
- The Franklin Library;
- Slightly Foxed Editions and Quarterly;
- Encyclopaedia Britannica, and related;
- The Great Books of the Western World, including anything by Mortimer Adler;

On Reference Libraries
I believe every gentleman should have a reference library.

"Along time ago, when I had ambitions to start a personal library, a bookish friend told me there were three sets of reference books I had to get hold of. They were the 11th edition of the Encyclopaedia Britannica, the Oxford English Dictionary, and the Dictionary of National Biography" - Jeremy Paxman, 2009. Guardian

Check out these links: