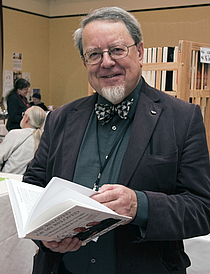 Informazioni su di meI was until the end of 2011 the Professor of Medieval History at University College Dublin, and until the summer of 2011 the Head of the UCD School of History and Archives; I am now retired. I research and write mostly on the history of western Europe in the fifth and sixth centuries. But I also write about science fiction and fantasy, and have edited a number of books in this area as well as editing Foundation: The International Review of Science Fiction between 1986 and 2001. I was awarded an Eaton Award for my book Science Fiction in the Twentieth Century, and a Hugo Award for the book I edited with Farah Mendlesohn, The Cambridge Companion to Science Fiction. The Science Fiction Research Association gave me the Pilgrim Award for "life-time achievement". The medieval history community, sadly, is not so demonstrative...! My most recent books are Europe's Barbarians, AD 200-600 (Longman Pearson, 2009) and, written with Farah Mendlesohn, A Short History of Fantasy (Middlesex University Press, 2009), and edited with Farah Mendlesohn, The Cambridge Companion to Fantasy Literature (2012).

La mia bibliotecaA lot of the books that are tagged "Medieval" were sold when I retired; I will have to mark this in some way soon...

I have added maybe a third or perhaps a quarter of the books that I own with fjm to LibraryThing. A bit depends on whether I ever add the science fiction magazines...