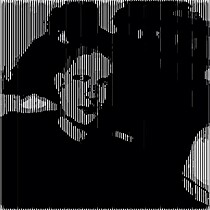 "But exiled here..., and dreadfully bored, it is not at all peculiar... that I amuse myself with mythological tales of Hermes, Apollo and Dionysus...".

"Even when quite a child I felt two conflicting sensations in my heart: the horror of life and the ecstasy of life. That, indeed, was the mark of a neurasthenic idler."

"Alas, alas! How agreeable to my nature are solitude, silence, and darkness!"

"I accustomed myself to pure hallucination. I ended by treating my mental disorder as sacred."

"A sign we are, without meaning
Without pain we are and have nearly
Lost our language in foreign lands...".

"[S]olitude is a state dangerous to those who are too much accustomed to sink into themselves."

"As knowledge comes, so comes also recollection. Knowledge and recollection are one and the same thing."

“Last night dreamed of the boil on my cheek. The perpetually shifting border between ordinary life and the terror that would seem more real.”

"I see so clearly that there are no conclusive signs by means of which one can distinguish clearly between being awake and being asleep, that I am quite astonished by it; and my astonishment is such that it is almost capable of persuading me that I am asleep now."

"It is better to dream one's life than to live it."

"And be not conformed to this world: but be ye transformed by the renewing of your mind...."

In his classic novel of the occult, Là-Bas, Joris Huysmans wrote, “Now from lofty Mysticism to base Satanism there is but one step. In the Beyond all things touch.” Under the sign of the caduceus, Jeanne d’Arc is paired with Giles de Rais. Abomination painstakingly decocted yields its transcendental osmazome to make a monstrance of those palates too jaded to lend themselves to utterance of shopworn, vulgar prayers. The distinction between depravity and piety becomes a matter of sensibility. There are sacred precedents. In Virgil we have the story of the calf that was bludgeoned to death so that the divine bees would make a hive of its corpse and leave behind their honey. A similar story exists in the Old Testament's Book of Judges. Scientists claim that these bees were in fact droneflies and the "honey" they produced, an ichorous filth. O Rose.

There is an innocent under every cornerstone.

Out of the strong came forth the nectar of les fleurs du mal. We feed on the world and the world feeds within us. Consumption is fundamental. The bulbs that swell under the soil to flower the garden call to the cancer dreaming in the marrow of our bones. This is fearful symmetry.

"And they made a compact with me,
and wrote it in my heart, that it might not be forgotten:

'If thou goest down into Egypt,
and bringest the one pearl,
which is in the midst of the sea
around the loud-breathing serpent,
thou shalt put on thy glittering robe...'."
(Acts of Thomas)

"It is reclamation work, like the draining of the Zuyder Zee." - S. Freud

I am a lustrous rot stewing in a golden bowl.

I am the perturbing guest. A nowt, a null, I am a sickness unto death, a lesion on the dark back of time. Early on, I am given to understand, I had faith that my flower would bear, some day, the prescribed fruit. Somewhere along the garden path, the angel of idleness waylaid me and informed me that I knew nothing but how to behave, and what generally to expect; I am the story of the faith of my fathers.

Idleness: larder of crime, fruit-basket of perversity... the fanatic idler finds time to ask "what have I received and at what (or whose) cost?" In a crucible of filth, an homunculus grows. A fruiting body for the eucharist of swine.

"I must travel an unknown road and fight a strange battle."

"For me, the imaginary is simply what we have forgotten."

In Myth and Reality, Mircea Eliade tells us that the dead are those who have lost their memories. To the early Hermetists, as to Proust and Denton Welch, salvation is an act of memory. To remember is to gather and articulate something that has been forgotten, lost, destroyed, to restore to life and consciousness what has been given over to death and forgetfulness. The history of Osiris and Hermaphroditus. It is interesting that memory and salvation are acts of rebellion, widdershins, against nature, time and destiny. Rebellion and knowledge, the good book tells us, are one.

Imagination sings of Memory. Thus Hermes, god of Eloquence and Imagination: "Of all the gods he first honoured Memory with his song, Memory, mother of the Muses; for the son of Maia was in her portion." In Hermes in Paris, Peter Vansittart writes that "a god fuses hindsight with foresight." Der Gott verschmilzt Horizonte. The sleight-of-hand art of interpretation. Lord of transgression, Hermes is a double agent. He plays both sides, trafficking between the lost and the unbegotten, the explicit and the implied. All borders meet in his eccentric person.

Mnemosyne, goddess of Memory, is the muse of poetry. François Villon wrote “I know everything, but I do not know myself.” The gnosis is that, with the assumption of the veils of received ideas, the self must be re-membered, which is to say, reborn of a poetic act. Salvation, as in the tragedy of schizophrenia, is being made whole again: remembering. Cosmogony is God recovering his memory. ذكر Do this in memory of me. Remembrance as commandment: Zakhor. In the present, make the past and the future one.

As the White Queen said to Alice, "it’s a poor sort of memory that only works backwards":

The real (the tribe, the man, the law), sold as one, is always duplicitous. Mirrors, copulations, echoes, sequence. Narcissus, overwhelmed by the one, was no longer caught in arithmetic.

"Two is the first number."

Procession, return. Herakleitos: "the beginning of a circle is also its end." Jesus: "...Where the beginning is, there shall be the end." Out in East Coker, it is always January.

The boundless present. Hermann Broch called it "the immensity of the here and now." An immensity such as resembles an "infinite sphere, the centre of which is everywhere, the circumference nowhere." (Pascal, Hermes Trismegistus).

"... God forgive the blaspheming of a half-trampled worm..."

In the name of the now binding the Nothing and the Infinite, and of action's fruit and the back of the deed. Amun.

La mia bibliotecaA breeding ground for apostasy and silverfish. Miroir d'anthracite. It is, by virtue of what it contains and what it excludes, all reasons therefore unknown to me, my daemon, my secret sharer; as an admirer once described George Brummel: "a palace in a labyrinth."

In letturaThe Gay Science: With a Prelude in Rhymes and an Appendix of Songs di Friedrich Nietzsche
The Eternal Ones of the Dream: a Psychoanalytic Interpretation of Australian Myth and Ritual di Géza Róheim
The Metamorphoses di Ovid