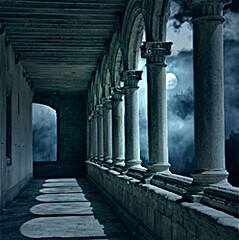 This is the group for the book discussion by the Mystery and Suspense Group of Where Serpents Sleep by C S Harris, which is Book 4 in the Sebastian St. Cyr Series.

All are welcome to join in the discussion, but please ensure that you do not leave any spoilers if you finish the book before Sunday 31st March when others will be reading the final section.

The brutal slaughter of eight young prostitutes in a house of refuge near Covent Garden leaves only one survivor—and one witness: Hero Jarvis, reform-minded daughter of the Prince Regent's cousin, Lord Jarvis. When the Machiavellian power broker squashes any official inquiry that might reveal his daughter's unorthodox presence, Hero launches an investigation of her own and turns to Sebastian St. Cyr, Viscount Devlin, for help. Still struggling to come to terms with the loss of his lover, Kat Boleyn, and the resultant estrangement from his father, Sebastian is at first reluctant to agree. But the callous violence of the murders—combined with the opportunity to provoke his archenemy, Jarvis—prompts him to act.

Working in uneasy alliance, Hero and Sebastian focus their efforts on one particular victim of the carnage: Rose Jones, the terrified nineteen-year-old girl with the unmistakable accent of a gentlewoman who died in Hero's arms. As they unravel a dangerous thread of lies and deceptions, Hero and Sebastian follow a trail of clues leading from the seedy brothels and docksides of London's East End to the Mayfair mansions of a noble family with dark secrets of its own to hide. Risking both their lives and their reputations, the two must race against time to stop a killer whose ominous plot threatens to shake the nation to its very core.

A taut, richly imagined novel that will keep readers on the edge of their seats as it deepens the portrait of this dashing and charismatic sleuth.